Geneva, Switzerland, December 7, 2016 – Firmenich has signed the Cancun Business and Biodiversity Pledge, alongside several of its strategic clients at the COP13 Convention on Biological Diversity in Mexico. Through this pledge, the signatories agree to nurture biodiversity across their ecosystems and preserve it sustainably for the well-being of present and future generations.

“Firmenich has a 121 year heritage of leading its business responsibly. That’s why we are committed to running the most ethical, traceable and sustainable value chain, by fostering biodiversity across our ecosystems,” said Gilbert Ghostine, CEO Firmenich. “In signing this pledge, we are reinforcing our commitment to the preservation of biodiversity and its fair and equitable trade.”

“Through this pledge, we are reaffirming our responsibility to long-term sustainable business practices and preserving nature,” explains Berangere Magarinos-Ruchat, Vice President of Sustainability Partnerships at Firmenich. “This is why we partner with like-minded visionary companies, such as the World Business Council for Sustainable Development, and the Livelihoods Funds, to scale-up our impact in protecting the planet.”

Since the launch of the Nagoya Protocol in 2010, Firmenich has been enhancing its commitments to the preservation of biodiversity and embedding it directly into its core business strategies.

For example, Firmenich works with key organizations, such as Rainforest Alliance, as well as major NGOs to ensure the certification and transparency of its raw material sourcing practices. In 2014, Firmenich became a member of the Union for Ethical Biotrade (UEBT), a non-profit association that promotes the “Sourcing with Respect” of natural ingredients and encourages sustainable business growth, local development and biodiversity conservation. Since joining, Firmenich has implemented their highest standards in biodiversity protection and their risk-based approach to strengthen sourcing practices in specific, prioritized value chains for the Firmenich naturals’ portfolio.

Furthermore, through its ‘Naturals Together’ program, Firmenich partners with the best natural ingredients’ producers around the world to shape a sustainable future for naturals, as well as drive change and support farming communities at source. Today the group’s programs cover around 150 products, in 42 countries, impacting the lives of more than 250,000 smallholder farming families. To further scale-up the Company’s impact, Firmenich has invested in the Livelihoods Funds, dedicated to supporting the sustainable livelihoods of smallholder farmers. The fund will invest 120 million euros in the next 10 years, to provide upfront financing and technical support to NGOs and farmers’ cooperatives across Africa, Asia and Latin America.

Having signed the Paris Agreement at COP21, Firmenich defined ambitious 2020 sustainability goals in order to positively combat climate change. The Company’s six goals include, 100% of its plants powered by renewable energy and a 25% reduction in the rate of water used in stressed areas by 2020. Continuing the conversation, Firmenich was present at COP22 in Marrakesh, reporting back on how it is pioneering new business models, sharing innovation and sourcing responsibly with its partners in the field via its ‘Naturals Together’ program. 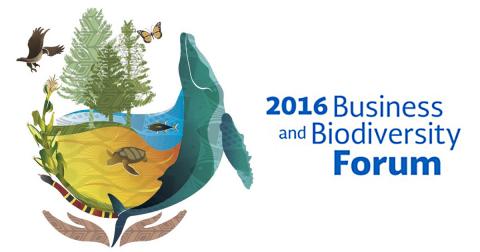