Geneva, Switzerland, June 1, 2017 – Firmenich proudly announces that Fabrice Pellegrin has been named “Perfumer of the Year 2017” by Cosmétique Mag and honoured with the French trade magazine’s annual Oscar. This award pays tribute to his outstanding creativity behind the success of numerous distinctive signature fragrances, including most recently Azzaro Wanted. Fabrice’s signature is also marked by his mastery of natural ingredients and passion for Grasse’s perfumery heritage.

“On behalf of the Fine Fragrance team, I extend my deepest congratulations to Fabrice who inspires us every day through his commitment to creativity and excellence in naturals,” says Jerry Vittoria, Senior Vice President Fine Fragrance. “We are all extremely proud of Fabrice for receiving such a prestigious award!”

“To me, nothing is more perfect than nature itself. In the perfumery industry, we often try to copy it but the subtle facets of nature offer so many sophisticated details that the results are always far away from the original,” says Fabrice Pellegrin, Perfumer. “Colors, scents, textures and tonalities… Nature is stunningly refined and deeply powerful. This is the very essence of perfection. This is the reason why I am so much in love with natural ingredients.”

The spirit of Grasse runs in Fabrice’s blood and his craft is a true family story. His father was a perfumer; his grandmother a jasmine picker and his grandfather a supplier of naturals for perfumery. Since 2012, Fabrice spends his time between creation in Paris and the Group’s Research Center of Excellence for Naturals in Grasse. Working closely with Firmenich’s Master Perfumers, Fabrice plays a critical role in shaping Firmenich’s innovation strategy for naturals, to best meet the needs of its fine fragrance creative team. His distinctive signature is marked by his passion for nature and its most pristine flowers, as well as his deep sense of ethical values and family spirit.

Fabrice started his career with Robertet followed by Mane, during which time he created iconic fragrances for Thierry Mugler, Diptyque, l’Occitane and Hermès. He joined Firmenich in 2008, where his success story continued working with prestigious groups, including L’Oréal, Clarins, Coty or Puig. His distinctive signature is also central to the success of a number of exclusive niche brands scents such as Armani Privé, By Kilian, Jo Malone, Courrège, Reminiscence, L’Artisan Parfumeur and Dear Rose. 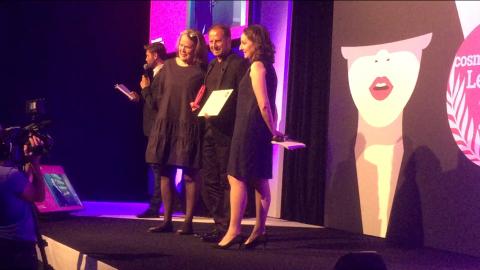