Geneva, Switzerland, November 1, 2016 – Firmenich officially inaugurated its new Perfumery Plant in Geneva today, in the presence of local dignitaries and authorities. This new site, at the cutting edge of the industry from both a technology and capacity perspective, represents Firmenich’s commitment to operational excellence.

"With a 90% automation rate, our state-of-the art plant, is one of the most technologically-advanced in the industry," said Gilbert Ghostine, CEO of Firmenich. "Consistent with our pioneering spirit, we created this site to offer our customers a superior experience, from the creation of their fragrances right through to their seamless production, while optimizing our environmental footprint."

"The investment of more than CHF 60 million is the most significant made by Firmenich in the last ten years," revealed Patrick Firmenich, Chairman of the Group. "With this ambitious industrial project, we are strengthening our center of excellence in Geneva for our long term growth."

During the official ceremony, Pierre Maudet, Councillor of the State of Geneva in charge of the Department of Security and the Economy compared Geneva to the "Silicon Valley of Flavors and Fragrances." He referred to Firmenich as an industry-leader, recognized for its world-class research and operations. "With this investment Firmenich is confirming its deep commitment to Geneva, while underlining the region’s dynamic and fertile breeding ground for global businesses to thrive; which is something that Geneva can be proud of," he stated.

One of the most sophisticated plants in the industry, from both, a technology and capacity perspective, this new site represents 25% of Firmenich’s fragrance production worldwide. It is also the largest manufacturing facility among the Group’s 28 plants.

Reducing its water consumption by 30% and energy consumption by 20%, this plant was designed to advance the Group’s ambitious environmental goals. Furthermore, with its increased capacity and efficiency this site is reinforcing Firmenich’s performance to best meet its customers’ needs; while furthering Geneva's position as a key player in the Fragrance and Flavors industry.


Firmenich, a world leader in Fragrances and Flavors

At the end of its fiscal year, June 2016, Firmenich recorded solid growth of more than 8% thanks to positive performances across all its Business Units. The group stood out in particular for its critical achievements in Research and Sustainability. To learn more, see the Performance and Sustainability Report 2016. 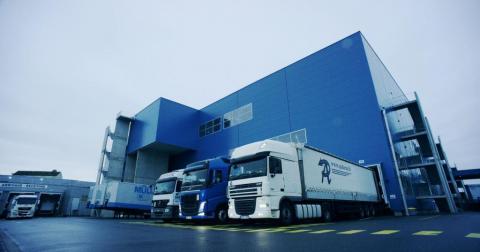