“I am deeply humbled by this prestigious recognition, and extend my deepest gratitude to the Board of the Fragrance Foundation for this true honor and unique tribute to my career,” says Olivier Cresp, Master Perfumer, Firmenich. “I have always approached my métier with curiosity and the ambition to create powerful and unique ideas that ignite emotions, as I deeply believe in inspiring others through fragrance.”

“Congratulations to Olivier Cresp, Master Perfumer of Firmenich for his well-deserved Lifetime Achievement, Perfumer Award,” said Linda G. Levy, President of The Fragrance Foundation. “We are thrilled to celebrate his artistry, passion, and contributions to the fragrance industry.”

“I am delighted that Olivier Cresp will be presented the Lifetime Achievement Perfumer Award,” said Jerry Vittoria, President of Fine Fragrance, Worldwide for Firmenich, and Chairman of The Fragrance Foundation Board. “Perfumery has always been at the heart of Olivier’s family heritage. Working across generations, with a passion for constantly shaping new ideas, he has not only become one of the greatest creators of our time, but also one of the most sought-after mentors in our industry. We are so proud to see this recognition of his outstanding legacy.”

Olivier began his career with Firmenich in 1992 and was named Master Perfumer in 2006. Recognized as Perfumer of the Year in France in 2007, he was also honored with the title Chevalier des Arts et des Lettres from the French Minister of Culture in 2012. Born in Grasse, with a family heritage deeply rooted in Perfume, Olivier brings an incomparable scope and depth to his profession. With an adoration of gourmand notes, his perfumery is carefully created, delicately crafted and timeless. His legendary body of work includes Fragrance Hall of Fame Awards for Angel by Thierry Mugler and Dolce & Gabbana Light Blue as well as Prestige Fragrance of the Year 2017 for Yves Saint Laurent Mon Paris.

Firmenich is the world’s largest privately-owned company in the fragrance and flavor business. Founded in Geneva, Switzerland, in 1895, it has created many of the world’s best-known perfumes and flavors that billions of consumers enjoy each day. Its passion for smell and taste is at the heart of its success. It is renowned for its world-class research and creativity, as well as its thought leadership in sustainability and exceptional understanding of consumer trends. Each year, it invests 10% of its turnover in R&D, reflecting its continuous desire to understand, share and sublimate the best that nature has to offer. Firmenich had an annual turnover of 3.34 billion Swiss Francs at end June 2017. 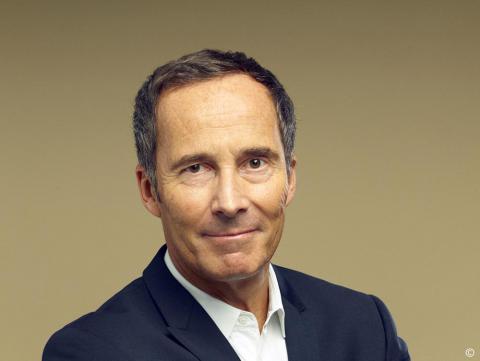