“We are extremely proud to see Patrick join the Fragrance Foundation’s Circle of Champions, along with the most eminent leaders of the Fine Fragrance industry,” said Gilbert Ghostine, Firmenich, CEO. “Patrick is a true Fragrance Champion, as well as, a Champion for all of us at Firmenich.”

“Throughout his career, Patrick Firmenich has not only upheld the heritage of the Firmenich house, but has advanced that heritage, making Firmenich a leader in innovation and creativity, boldly carrying it into the future,” said Elizabeth Musmanno, President of The Fragrance Foundation.

Industry icons William Lauder, Executive Chairman of The Estée Lauder Companies and Ann Gottlieb, President of Ann Gottlieb Associates honored Patrick with touching speeches made during the event. Tributes were also made by Gilbert Ghostine, Firmenich, CEO and Armand de Villoutreys, Firmenich, Perfumery President, recognizing Patrick’s boundless energy and passion as well as his extensive career in the industry which spans more than a quarter century.

Patrick accepted the Circle of Champions Award with a moving speech that spoke to the responsibility that companies have toward society and the importance of respecting our planet for future generations. Patrick also paid warm tribute to the team of champions that make up the fabric of Firmenich.

Patrick joined Firmenich in 1990, starting in the Fine Fragrance Division located in Paris. In 1993, he moved to New York and was named Vice President, Fine Fragrance North America where he played a vital role in building both a tour-de-force team of perfumery talent as well as deep and enduring customer relationships. In 1997, he was appointed President of Firmenich Paris and Corporate Vice President of Fine Fragrances Worldwide in acknowledgement of the record-setting growth achieved by Firmenich in this sector.

Patrick was named Chief Executive Officer in 2002 and his tenure was characterized by his passion for the business, combined with a profound dedication to sustainability and corporate social responsibility. As CEO, he ushered in a new era of leadership in innovation at Firmenich through several bold initiatives, including significant investments in R&D, ensuring the development of game-changing technologies.

Firmenich is the world’s largest privately-owned company in the fragrance and flavor business. Founded in Geneva, Switzerland, in 1895, it has created many of the world’s best-known perfumes and flavors that billions of consumers enjoy each day. Its passion for smell and taste is at the heart of its success. It is renowned for its world-class research and creativity, as well as its thought leadership in sustainability and exceptional understanding of consumer trends. Each year, it invests 10% of its turnover in R&D, reflecting its continuous desire to understand, share and sublimate the best that nature has to offer. Firmenich had an annual turnover of 3.0 billion Swiss Francs at end June 2015. 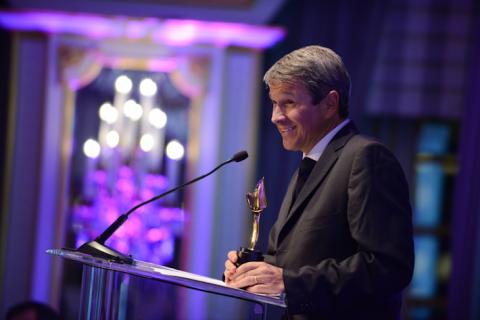