Geneva, Switzerland, December 15, 2016 – Firmenich announces cucumber as the 2017 ‘Flavor of the Year’ based on the growing appeal of this refreshing flavor.

According to Chris Millington, President of Firmenich’s Flavor Division, the growing demand for refreshing, clean, and healthy food and beverages is driving cucumber’s surge in popularity. “Our trend insights show that consumers are really enjoying lighter, refreshing ‘green’ flavors, such as cucumber. We anticipate and respond to these needs by continuing to deliver healthy and novel taste solutions to match.” Painting a broad picture, Millington adds: “Vegetables in general are becoming more accepted as flavors and ingredients, sometimes even replacing fruit in traditionally sweet categories such as ice cream and cereal. This is why we predict that 2017 will really see the mild cucumber become a big-hitting new favorite.”

At first glance, the cucumber may appear to be just a simple salad staple, yet it is gaining traction around the world, with a 392% increase in the use of cucumber as a flavor globally between 2011 and 2016. In recent years, cucumber has appeared everywhere from potato chips and confection, to yogurt and dumplings. As well as delivering a healthy clean, taste, the natural notes of cucumber reflect the new shift in consumer preferences toward products that offer a sense of well-being and refreshment in a busy, stressful world.

This new landscape is opening up creative and delicious uses for cucumber, as William Moldt, Senior Flavorist at Firmenich comments: “I love working with cucumber and find its adaptability inspiring.” He adds: “Our customers never tire of its fresh, green and juicy notes and there is really no limitation on what we can create with cucumber.”

Cucumber’s growth has also influenced the product development within Firmenich’s Savory team, as Matthew Walter, Head of Culinary at Firmenich remarks: “The rise in cucumber can be attributed to its strong emotional link to freshness. Its ability to ‘accept’ other flavors essentially turns it into a blank canvas, allowing total creative freedom for a chef.”

As the demand for natural flavors such as cucumber increases, it’s important that the Company does its part to ensure its flavors are sustainable. “At Firmenich, we develop and manufacture our own natural green notes from sustainable sources, this helps support the growing demand for natural fruit and vegetable flavors,” says Stephanie Salord, Director of Ingredient Innovation at Firmenich. “Some of these green notes are materials that we keep for our flavorists only. For example, Pulpanat®, as its name suggests, enhances the pulpy character of fruits and vegetables to drive even more fresh sensations,” she concludes.

Firmenich predicts that cucumber’s popularity will grow throughout 2017 because of its relevance to three global meta-trends that the Company is monitoring: namely Refreshment, Health & Natural, and Fermentation & Pickling.


Beyond Salad – the “Cool” Cucumber Meets the Refreshment Trend

In recent years, refreshment has become a major driver in many beverage and sweet goods categories and cucumber perfectly matches this new desire. Cucumber enhances the refreshing characteristics of whatever it is used in, and as a result has become a “go-to” flavor for product developers. Most often used as one of a pair, cucumber adds a twist to standard flavors such as apple, mint, lemon and lime while increasing the energizing characteristics of a food or beverage. It also adds a touch of sophistication to otherwise simple products and flavorists have embraced the versatility it provides. The green, watery characteristics of cucumber marry well with fruits, herbs and citrus and are universal drivers of freshness not only in beverages but also in dairy and savory products.

Consumers today actively seek products that contain natural flavors and ingredients and which are associated with health and wellness. Cucumbers have long been used as a natural way to heal ailments, from reducing puffy eyes to hydrating skin. It’s use as a digestion aid and to reduce the effects of alcohol further drive popularity. Incorporating cucumber into food and beverage products taps into the consumer’s desire to have products that not only taste good, but are also good for them.

Cucumber reinforces another growing trend, that of pickling. Pickling is the process of preserving or extending the shelf life of food by either fermentation or immersion in vinegar. Pickling as a culinary and health trend has been on the rise for many years, and today, fermented food is recognized as beneficial for gut health. Cucumbers have been used in this process for centuries and with the fermentation trend showing no sign of slowing, cucumbers are a trend-follower’s perfect match.

Firmenich believes in the vast potential of cucumber. Its ability to cut across segments and geographies, and meet so many of the needs of today’s consumers, gives cucumber longevity. This, coupled with its unassuming coolness, makes it a flavor that will be difficult to top in the years to come. 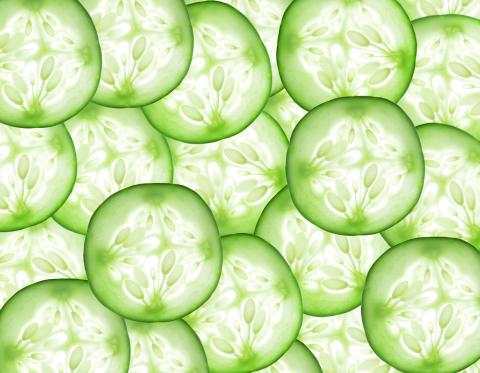