Geneva, Switzerland, April 5, 2017 – To keep on advancing its excellence in Fine Fragrance, Firmenich is pleased to announce the appointment of Jerry Vittoria, as Head of Fine Fragrance worldwide, in replacement of Olivier de Lisle, who is retiring effective immediately. Jerry Vittoria, most recently President Fine Fragrance North America has been working closely with Oliver de Lisle to ensure a smooth transition of activities.

Armand de Villoutreys, President Perfumery, Firmenich, said: “Firmenich has established itself as the market leader in Fine Fragrance through consistent focus on world-class creativity and deep customer and consumer understanding. Building on Jerry’s strategic vision, unmatched passion for Fine Fragrance, and our customers, I look forward to working with him to take our legacy in Fine Fragrance into its next era of excellence. On behalf of the Firmenich Executive Committee and Perfumery team, I would like to extend my sincere thanks to Olivier de Lisle for his contributions over the past 7 years.”

Jerry Vittoria brings extensive industry experience and a broad international outlook to his new role. He joined Firmenich in London in 1990 as Account Director before becoming General Manager for Fragrances in the United Kingdom. Jerry Vittoria moved to the United States in 2001 where he took on roles of increasing responsibility with Firmenich, culminating in President Fine Fragrance North America in 2010, based in our New York office.

A recognized industry-champion, Jerry Vittoria chairs the Board of the North American Fragrance Foundation as well as the Industry Advisory Board of the FIT Cosmetics and Fragrance Marketing and Management Master’s Program. He is also an Associate Board Member of The Personal Care Products Council.

Jerry Vittoria holds a Bachelor of Arts in Economics & Politics, from Yale University and completed INSEAD’s International Executive program. An American national, he was born in Rome, Italy and will be relocating from Manhattan to Paris with his wife, Francesca, and their 3 daughters Camilla, Carolina, and Maria Carlotta.

Olivier de Lisle is retiring following a successful 7 years with Firmenich, most recently as Head of Fine Fragrance since 2013. In this capacity, he oversaw Firmenich’s positioning as the global market leader in Fine Fragrance through organic growth for the past two consecutive years. He first joined Firmenich’s Perfumery Business in 2010 and served as Head of Perfumery Supply Chain from 2011 to 2013 where he set the vision for the Group’s new era of operations. 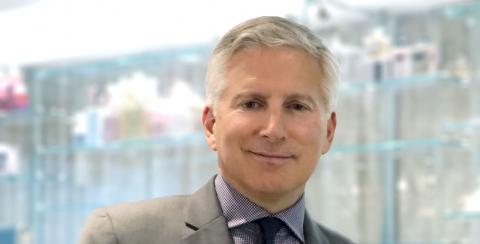