FIRMENICH SUPPORTS WORLD-CLASS RESEARCH AS IT CELEBRATES ITS 120TH ANNIVERSARY

Geneva, Switzerland, November 2nd 2015 – Marking its 120th Anniversary, Firmenich proudly announces the creation of two “Next Generation” Firmenich programs to advance basic Research in the areas of Neurosciences and Sustainability. Firmenich established these endowed initiatives at leading universities in its two chosen fields, Stanford University in the United States and the Ecole Polytechnique Fédérale de Lausanne (EPFL) in Switzerland.

“Over the past 120 years, Firmenich reinvented itself era after era while staying true to its entrepreneurial spirit and constantly pursuing breakthroughs in innovation and research”, said Gilbert Ghostine, Firmenich CEO. “The creation of these two “Next Generation” Firmenich programs reconfirms the Group’s commitment and deep passion for driving fundamental science to its next frontier in critical areas for society, Neurosciences and Sustainability”.

“Firmenich combines a long family history and a visionary spirit. Like EPFL, it values an entrepreneurial culture and an emphasis on innovative research,” said Professor Gisou van der Goot, Dean of the School of Life Sciences, EPFL. “We are grateful for Firmenich’s commitment, which will allow us to attract a promising young neuroscientist to EPFL”, added Professor Gisou van der Goot.

In addition, Firmenich is supporting an exchange program in the area of Chemical Biology, which will support increased research collaborations between Stanford and EPFL, including research in neurosensory pathways related to olfaction and taste.

These endowments build on Firmenich’s two long-term Chairs in Organic Chemistry at MIT, established in 1979.

Firmenich is the world’s largest privately-owned company in the fragrance and flavor business. Founded in Geneva, Switzerland, in 1895, it has created many of the world’s best-known perfumes and flavors that billions of consumers enjoy each day. Its passion for smell and taste is at the heart of its success. It is renowned for its world-class research and creativity, as well as its thought leadership in sustainability and exceptional understanding of consumer trends. Each year, it invests 10% of its turnover in R&D, reflecting its continuous desire to understand, share and sublimate the best that nature has to offer. Firmenich had an annual turnover of 3.0 billion Swiss Francs at end June 2015. 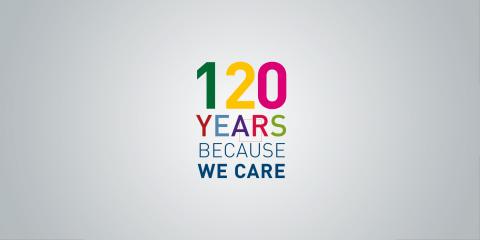