Firmenich Leads on Equality in the Workplace, Reaching Next Level of Global EDGE Certification

Firmenich, the world’s largest privately-owned fragrance and taste company, today became the first company in the world to successfully upgrade its global EDGE Certification for gender equality in the workplace to the next level: “Move” status. Recognizing the Group’s ever more inclusive culture, the leading business certification standard for gender equality awarded Firmenich Move status for its progress in expanding diverse representation at all levels and a strong sense of belonging among its diverse workforce. Firmenich continues to lead in workplace equality, having been the 7th company in the world and the first in its industry to achieve global certification in 2018 at Assess level.

“I am very proud that Firmenich is one of only two companies that have achieved Global EDGE MOVE certification, raising the bar for gender equality under EDGE’s demanding benchmarks for continuous improvement,” said Gilbert Ghostine, CEO Firmenich. “EDGE recognizes our concrete achievements in embedding equality worldwide, as an employer of choice and a trusted and reliable partner for our customers. I am particularly pleased that we set the standard at the very top of the organization with gender parity on our world-class executive team.”

“The remarkable leap forward Firmenich has made in two years at the global level from the first level to the second level of EDGE Certification, EDGE Move, demonstrates that intentional, prioritized and measured actions undeniably accelerate progress towards gender balance, diversity and inclusion,” said Aniela Unguresan, Co-founder of EDGE Certified Foundation. “Specifically, Firmenich’s global EDGE Move certification illustrates the company’s progress in terms of gender representation and proactive management of pay equity across its main countries of operation.”

“Firmenich continues to set the standard for excellence as the best place to work in our industry. Since our first global EDGE certification in 2018, we have achieved significant milestones, from no gender pay gap worldwide to systematically implementing diverse talent pools,” said Mieke Van de Capelle, Chief Human Resources Officer at Firmenich. “While I am very proud of our achievements, we are focusing on new frontiers with targeted action that goes beyond gender. It’s about embracing the power of inclusion of minority groups, securing effective representation and engagement of people with different abilities, ethnic and socio-economic backgrounds and sexual orientation.”

Building on its achievements, the Group’s new Environmental, Social and Governance (ESG) strategy sets ambitious 2030 people goals, including commitments on human rights, ethnic pay equity, creating 5,000 job opportunities for youth and continuing to raise the representation of differently-abled people in its workforce to 10%.

Since 2018, Firmenich has raised women’s representation in its global workforce to 41% and eliminated gender pay gaps. Expanded flexible working opportunities worldwide, effective recruitment and promotion practices, as well as continuous training and mentoring, have enhanced equal representation at all levels including critical pathways to senior management. Half of Firmenich’s Executive Committee is female.

EDGE Certification at the global level entails a global evaluation of Firmenich data and processes, as well as a comprehensive survey of its employees worldwide. Firmenich emerged from the rigorous assessment as an employer that is clearly meeting and exceeding core certification criteria around hiring, pay, retention, development and engagement of its employees. 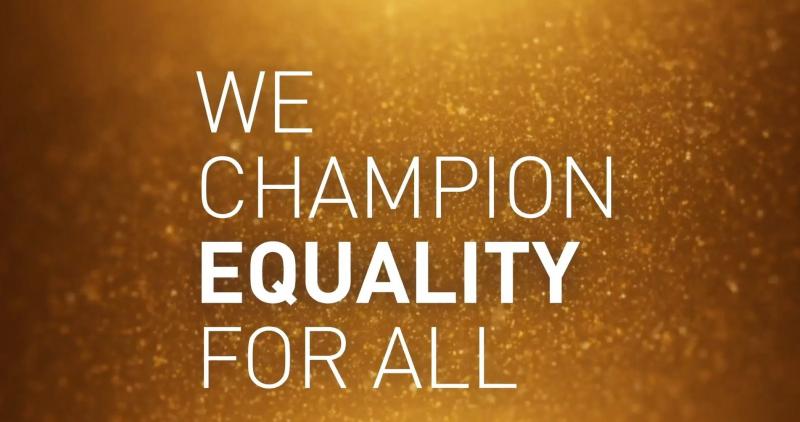 Firmenich is the world’s largest privately-owned fragrance and taste company, founded in Geneva, Switzerland, in 1895 and has been family-owned for 125 years. Firmenich is a leading business-to-business company specialized in the research, creation, manufacture and sale of perfumes, flavors and ingredients. Renowned for its world-class research and creativity, as well as its leadership in sustainability, Firmenich offers its customers superior innovation in formulation, a broad and high-quality palette of ingredients, and proprietary technologies including biotechnology, encapsulation, olfactory science and taste modulation. Firmenich had an annual turnover of 3.9 billion Swiss Francs at end June 2020. More information about Firmenich is available at www.firmenich.com

Certification EDGE is the leading global assessment methodology and business certification standard for gender equality. It measures where organizations stand in terms of gender balance across their pipeline, pay equity, effectiveness of policies and practices to ensure equitable career flows as well as inclusiveness of their culture. Launched at the World Economic Forum in 2011, EDGE has been designed to help companies not only create an optimal workplace for women and men, but also benefit from it. EDGE stands for Economic Dividends for Gender Equality and is distinguished by its rigor and focus on business impact. EDGE assessment methodology was developed by the EDGE Certified Foundation, which continues to act as the guardian of EDGE methodology and certification standards. Its commercial arm, EDGE Strategy, works with companies to prepare them for the EDGE Certification. EDGE Certification’s diverse customer base consists of 200 large organizations in 44 countries across five continents, representing 29 different industries and employing globally more than 2.4 million employees.
For more information, visit edge-cert.org