Paris, France, October 2, 2019 – After 25 years in New York, Principal Perfumer Ilias Ermenidis is moving back in Europe. He joins the Fine Fragrance Creative Center in Paris, where he will play an increasingly important role with several global and strategic clients based in Paris, Italy and Spain.

Ilias has always been a strong ambassador for Firmenich. Indeed, with 34 years at Firmenich, his role in Fine Fragrance goes well beyond his creative wins, and he has become a mentor, advocate of perfumery culture and developer of talent in Paris and across the international Fine Fragrance markets.

Jerry Vittoria, President, Fine Fragrance Worldwide explains: "We are delighted to have Ilias in Paris. He brings his energy and expertise of the American and Brazilian markets. Ilias will strengthen our perfumer team in Europe, but also in fast-growing markets such as the Middle East, India and China."

Principal Perfumer Ilias Ermenidis adds: "After having long considered New York my home, I am happy to be back in Paris where it all started, and to seize this new opportunity to contribute to the dynamics of this fine fragrance flagship market."

A native Greek, Ilias discovered perfumery at his father’s flavors and fragrance factory in Istanbul. He studied perfumery in Paris and was the first perfumer trainee hired by Firmenich from ISIP. After ten years living between Paris and Geneva, he moved to New York, where he has been thriving for 25 years. His early successes included fragrances for Avon, Coty, Oscar de la Renta and Victoria’s Secret. Ilias has also created perfumes for Givenchy, Ferragamo, Vera Wang, Gucci, Bath & Body Works, Michael Kors and Calvin Klein.

Passionate about life, the arts and his family, Ilias cultivates his craft with passion and generosity. He is delighted to be back in Paris with his French wife to open a new chapter of his career. 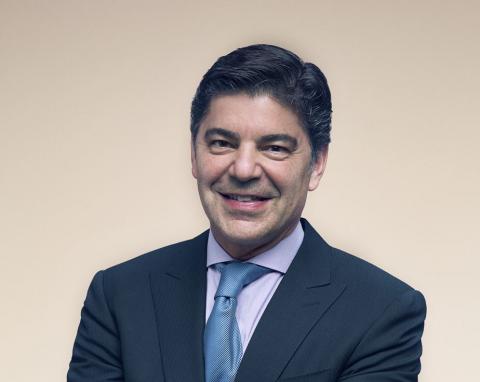