Firmenich Announces Two Flavors of the Year for 2021: A Super-Root, Ginger and a Super-Fruit, Yuzu

Firmenich, the world’s largest privately-owned fragrance and taste company, announces Ginger and Yuzu as the two Flavors of the Year for 2021. Following an unprecedented year of uncertainty, they represent the world’s collective desire for strength and optimism: two superhero-like qualities characteristic of a super-root and a super-fruit. This is the ninth consecutive year that the company - known for its industry-leading consumer insights and trend forecasting capabilities - has cast its vote for the hottest food and beverage flavor.

“It was important that this year’s selection comprise wonderful, unique flavors, but also clearly reflect the real consumer shift we’ve seen,” said Emmanuel Butstraen, President, Taste & Beyond. “Our Firmenich Human Insights Covid surveys have revealed that people are looking for more than just great taste from their food and beverages during these times; they’re placing new-found importance on nutrition and wellbeing. This inspired us to choose two exciting flavors which can enhance both.”

“Like Pantone® Color of the Year, the decision to select our Flavors of the Year was based on emerging consumer signals,” said Mikel Cirkus, Global Creative Director, Foresight & Trenz, Firmenich. “Both ginger and yuzu have really gained global, cross-category momentum over the last two years and each of them, in their own right, is symbolic of the consumer’s desire for a sense of normalcy and healing.”

Firmenich’s own Flavor Knowledge Portal, built in in partnership with Mintel GNPD, transforms and leverages over a decade’s worth of data across millions of records on launched products to uncover patterns and trends around food and beverage innovation activity. From this tool, we see that even before Covid, food and beverage companies have been placing larger bets on these two super ingredients:

Ginger is incredibly popular, growing steadily in the past 10 years. Within three years, we predict many  new F&B Innovation launches could include ginger – a truly extraordinary number. Ginger is growing globally, and while Hot Drinks is clearly its strongest category, it has recently taken center stage in categories as diverse as Soups, Ice creams, and Sweeteners. Firmenich’s SMI™ social media analytics shows the same steady growth, with worldwide searches for this super-root reaching an all-time high in the spring of 2020, following many years of a seasonal peak in winter, underscoring its inherent warming nature.

Yuzu, while clearly more niche in most markets (~1/10th the popularity of ginger in terms of today’s innovation worldwide launches), is accelerating rapidly in its innovation rate and in social media representation, particularly recently. In fact, Yuzu has more than doubled in its use in innovations over the past 5 years. Today, this super-fruit is most commonly seen in Beverage and Confection applications, particularly in Asia. However, lately it is showing up across categories, particularly in Savory meal roles, where it adds excitement and differentiation.

Global Head of Human Insights, Taste & Beyond, Jeff Schmoyer added: “Ginger, with its mottled grey peel and rhizome, is indicative of ‘root toughness’. People and societies have powered through the greyest of times, and just like a root being pulled from the earth, what emerges is considerable strength. Our strengths are matched by the unfailing optimism we have for the future, embodied by our second flavor, the yuzu fruit. The yuzu is an inviting yellow and citrus-fresh symbol of renewed hope.”

Distinct in aroma and taste, ginger’s most prominent flavor notes include warm, spicy woodiness combined with herbaceous sweetness. These more prominent notes are balanced by a light lemony-citrus zest which is grounded in a unique earthiness.

As a super-root, ginger is symbolic of strength. According to Emotion360™, Firmenich’s new global quantitative Consumer Insights program for natural ingredients, there is strong global continuity in how ginger is perceived by consumers. The most powerful emotional associations include power, safety, trust, practicality, energy and revitalization. Ginger is most recognized for its properties to warm, detoxify​, aid in digestion and, perhaps, most celebrated for its unique immunity-boosting powers.

Ginger originated from Southeast Asia, from where it travelled and was cultivated throughout the region and beyond. Today, it remains a staple ingredient in much of Southern and Southeast Asian cuisine and is used across much of the world for its health benefits.

“Across many Asian countries, there has been well documented historical use of ginger in food and beverages for centuries,” said Dong-Fang Chen, Firmenich’s VP of R&D, Asia Pacific. “Equipped with modern sciences and technologies, we begin to understand functional relationships between natural molecules from ginger and the benefits to human nutrition and health, such as elevated immunity.”

Don’t let yuzu’s lemon-like appearance fool you. Like any good superhero disguise, it hides the power beneath. Yuzu is unusually resilient, unlike many other citrus fruits, thriving in cold weather. Beyond its super flavor and aroma, yuzu’s global popularity is growing thanks to its reputation as a powerhouse of vitamin C and antioxidants.

Yuzu fruit is simultaneously sweet, floral and tart. Yuzu’s fragrant peel is dominated by floral, green, balsamic and thyme notes, while its juice is delicate, with more prominent floral characteristics which are offset by slightly earthier coconut and woody green notes. Yuzu’s citrus oil is gently extracted from the peel to create all-natural yuzu flavors.

Yuzu is believed to have originated in China, eventually reaching Japan well over a millennium ago through the Korean Peninsula. It flourished in the island nation, with which it is most associated today. In Japan, yuzu is an important part of traditional Kaiseki haute cuisine and is also closely associated with the winter solstice, where the fruit symbolizes sunshine and good luck for the season ahead.

Firmenich Master Flavorist Philip Curran describes Yuzu’s broad appeal and application possibilities: “Yuzu is a wonderfully refreshing, citrusy and fragrant flavor which tastes great in everything from savory to beverages and even baked goods. My personal favorite on a summer day is a zesty salad dressing prepared with yuzu vinegar.” 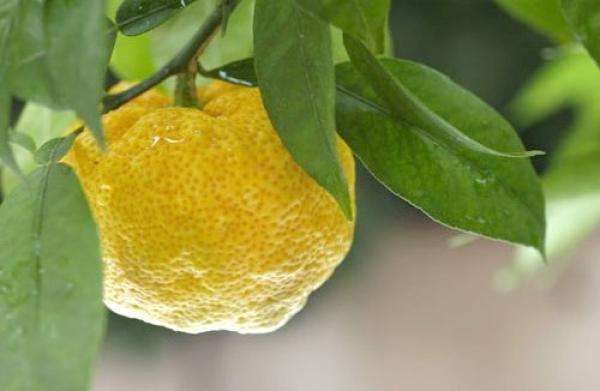 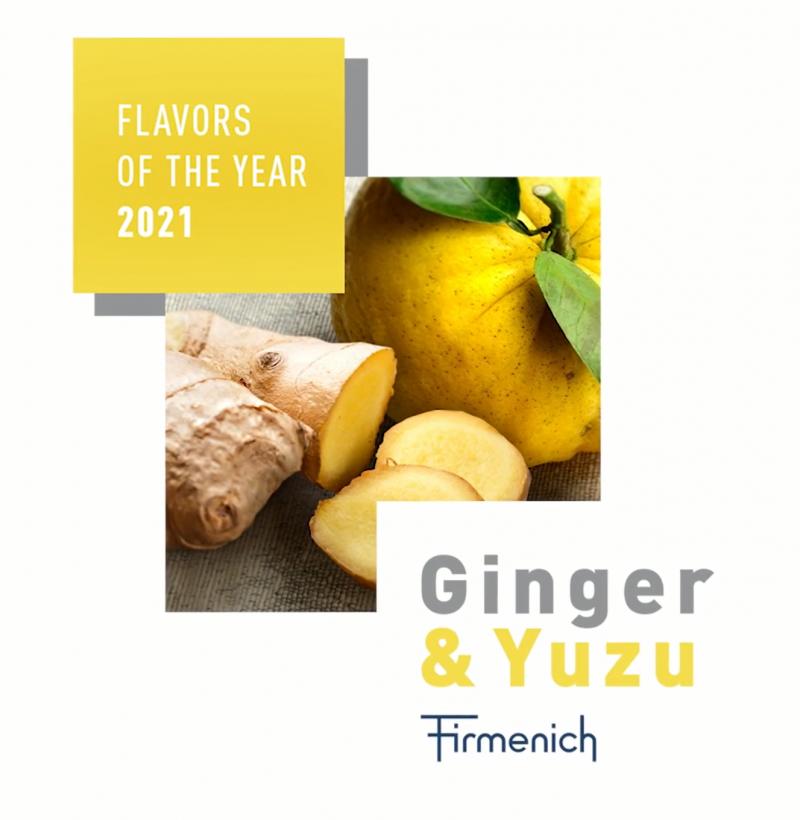 Firmenich, the world’s largest privately-owned fragrance and taste company, was founded in Geneva, Switzerland, in 1895, and has been family-owned for 125 years. Firmenich is a leading business-to-business company specialized in the research, creation, manufacture and sale of perfumes, flavors and ingredients. Renowned for its world-class research and creativity, as well as its leadership in sustainability, Firmenich offers its customers superior innovation in formulation, a broad and high-quality palette of ingredients, and proprietary technologies including biotechnology, encapsulation, olfactory science and taste modulation. Firmenich had an annual turnover of 3.9 billion Swiss Francs at end June 2020. More information about Firmenich is available at www.firmenich.com.